Dear Vicki: My younger brother and I had a shaky relationship growing up. We never seemed to agree on anything and often took the opposite side of an issue just to antagonize each other. We’ve grown out of that to some degree, but as adults we still don’t see eye to eye on much of anything. What he thinks is important seems stupid to me. And when I make something a priority, it feels like he always questions me. We both have children now and the cousins love to get together, but it’s hard when Greg and I are so tense around each other. Is there any way the Five Elements can help us get along better? I’m just beginning to study the elements, but suspect I’m a Metal and Greg is a Wood. Signed: Always at Odds

Dear Always At Odds: In relationships, the shadowy area of priority and tendency seems to trip us up again and again. It’s not uncommon to expect our friends and family to see the reasoning behind whatever we do, but it rarely happens that way. For example, if you question your brother’s priorities and offer what are to you vastly superior alternatives, he will likely resent the interference. Or when you make decisions that fly in the face of what he thinks is smart, he’ll likely assume you’re making a mistake and challenge you, which you won’t like. This is normal and to be expected because each element has its own way of approaching everything in life.

The Metal/Wood dynamic can be particularly prickly because these two elements tend to be more opinionated than the other three elements. It’s a dynamic I know very well, too. I’m a primary Wood and my husband is a primary Metal. As a Wood, I place much more importance on accomplishment than Mark ever would. We used to argue about my workaholic ways, but he’s come to accept that it’s essential to my happiness (even though he still shakes his head many evenings as he passes my home office on his way to the TV room). Conversely, a life without order and rules would make my Metal husband miserable. We used to fight about his exacting need for detail, but I’ve come to accept it even though the tedious precision he applies toward putting together a 1500 piece puzzle sends me screaming from the room. But he’s happy with his puzzles and glad that I don’t give him grief about them anymore.

The reality is that relationship issues will arise when we project our elemental needs, desires, and priorities onto other people, assuming they’ll want what we want. But unless we’re relating to someone practically identical to us, which is highly unlikely, other people aren’t going to want or need exactly what we do. This is especially true if different primary elements are involved; if we don’t understand what matters to each of the Five Elements, we often won’t have a clue why other people act the way they do. This means that the more you study the Five Elements model, the easier it will be for you to understand not only your Metal brother, but also maybe a Fire daughter or Water son or Earth mother, just to name a few.

To get along better with Greg, begin by honoring what’s important to his Wood. Personal success and accomplishments are priorities for Woods, so make sure the disagreements you have with him don’t diminish his sense of self. You also need to remember that the two of you relate via the Controlling Cycle with your Metal controlling his Wood. This means that your Metal might feel limiting to his Wood, so be gentle with how you approach him. Being on his Control Cycle and his big sister could make him feel a bit defensive at times. Be aware of this and act accordingly.

And when Greg challenges some of your well thought out plans or opinions, instead of reaching across that Control Cycle to prune his offensive Wood, take the time to explain the logic behind your actions rather than just feeling insulted. The good news for you is that as a Metal, you honor logic and reason. And while you will firmly believe there is a right way to do anything, and that your way is likely the right way, as a Metal you will be willing to change your mind if presented with rationally explained facts. Try to draw this kind of explanation out of Greg when he disagrees with you. It will make him feel important, which is always a good thing for a Wood, and it could provide you with information that might make a difference.

Finally, Metal and Wood have a lot in common, so if you can build on these similarities instead of focusing on the differences, you will definitely improve how the two of you get along. Metal and Wood both value structure and things unfolding in an orderly fashion. Take the time to notice how your brother manages this in his life and compliment him on it. A few well-placed and sincere compliments can make a big difference in the dynamic between two people, especially a Wood and a Metal.

It’s never too late to change any relationship. Once you start paying attention to what each of you needs, your Metal at odds with his Wood can become a thing of the past. Good luck! 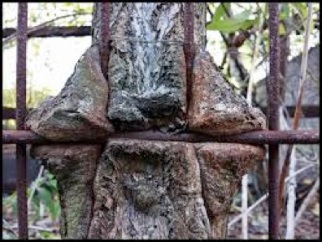