Dear Vicki: I am writing about my father; we’ll call him Greg. He’s fantastic at making things happen, is the most amazing multi-tasker I know, and is actually a great father, just not very warm and fuzzy. He’s been in business, specifically marketing, for most of his career, and changed jobs two years ago to head up a national marketing and sales force for a large corporation. The reason I’m writing is that he’s had three administrative assistants during those two years. The third quit last week and now he’s complaining that he can’t find good help. I love him, but when he’s stressed, he can come across as bossy and insensitive. Is there anything I can say to him that will help him find and keep a good administrative assistant? Signed, A Caring Daughter

If Greg’s business career has focused on marketing and sales, it’s highly likely that he is a primary Wood personality. Marketing requires focus, vision, and the ability to make things happen, while sales requires multitasking and an ability to put yourself out there in the name of a product, brand, organization, etc. This sounds pretty close to how you described your father.

Greg clearly has a lot of responsibility in his new job, which Wood people perceive as a reflection of their importance, so usually enjoy – until times get tough. When significant problems arise, the stressed Wood personality will usually take dramatic steps to keep things from getting further out of control because nothing takes a Wood person down faster than chaos. This clamping down makes them seem very controlling, or as you put it: “bossy and insensitive.” And as Greg’s history with assistants has shown, it can be very hard to work for a stressed, controlling Wood. So how do you help your father?

The easy answer is to encourage him not to let things at work stress him out so much. But as we both probably know, that’s much easier said than done with a Wood personality. The good news is that as long as they are moving forward toward their goals, Wood people usually avoid becoming too stressed. But if chaos hits and interrupts that forward movement, the Wood personality will ramp up efforts to control the chaos. This ramping up usually puts them in a place of being too “Woody,” easily recognizable by their constant frustration and irritability, key signs that a Wood person needs help.

In our Five Element model, the element responsible for making sure Wood doesn’t get too out of control is Metal. That’s because Wood and Metal relate on the Controlling Cycle with Metal controlling Wood. Because Metal is the element that helps keep Wood from becoming too intense and rigid, it will be important to surround Greg with the energy of metal at work. Easy ways to do this include using the color white (which builds Metal) in his office or gifting him with metal art to display at work. You can also help him better manage his Wood personality by encouraging him to drink dandelion or milk thistle tea, both of which help balance Wood. And while these actions will help him manage his mood and temperament at work, hopefully making him a more pleasant boss, the most effective way for him to find and keep “good help” is to hire the right help, so let’s look at how to accomplish that.

Oftentimes, when a Wood personality hires an assistant, they look for someone who can “do what needs to be done” to “take care of things.” The elemental personality that most often personifies this is the primary Earth personality. Earth people are caring, they like being needed, don’t often say no, and will give their all for people who matter to them. The truth is that hiring an Earth assistant might go well for Greg during the “honeymoon period” of getting to know each other, but it will be a difficult boss/assistant relationship to maintain over time. That’s because in the Five Elements model, Wood and Earth relate via the Controlling Cycle, with Wood controlling Earth. This means that a balanced Earth personality working for a Wood personality, especially a stressed one, will eventually feel over-controlled and need to leave. I suspect this is what has happened with Greg’s last three assistants. He has hired Earth personalities and then, just by being his normal stressed self, driven them away.

What Greg really needs is an assistant who is a primary Metal personality. Metal people honor protocol and order, are usually much less emotional that Earth people, and love to keep things under control, so things won’t get out of control for Greg. Also, as mentioned earlier, because Metal is the element that helps control Wood in the Five Elements model, a Metal personality assistant will be able to talk Greg down when he is stressed. As a primary Wood personality myself, I can tell you that the smarts, balance, and logic of the Metal personality is usually exactly what I need when I’m feeling stressed.

So, if you can encourage your father to hire someone who has a personality that is not sweet, supportive, and caring, but rather efficient, logical, matter of fact, and possibly slightly detached, he will probably find himself with a Metal personality as an assistant. And they will not only help manage the ups and downs of your father’s Wood personality, but also actively contribute to helping Greg succeed in his position. Blessings to you and your father! 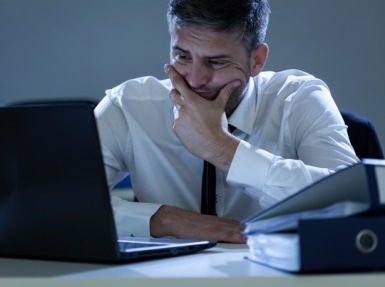