Dear Vicki: For the first time in almost 35 years of marriage, my husband and I are having trouble. Our children are raised and on their own, we are financially settled, but are fighting like we never used to. If I look back at when things changed, it was probably five years ago when my brother died and I had hip replacement surgery. Instead of the fun-loving, happy homemaker I had been, I became a warrior determined to come back better than ever. Initially, Brad was very supportive and encouraging, but not anymore. Once I recovered, I found that I actually liked being more assertive, even if it meant I was often angry or frustrated. But apparently Brad doesn’t like it. He’s been uncharacteristically opinionated and cruel, is working longer hours, and generally seems to be pulling away. I love him. Is there hope for us? Signed: Stumped in Stockton

Dear Stumped: Of course there’s hope! There’s always hope. But there’s always change, too, and it sounds like you may have changed quite a bit five years ago when you faced the dual challenges of major surgery and the loss of your brother. Significant events in our life can and do change us, sometimes on a temporary basis and sometimes more permanently. So, let’s look at the ways the events of the past five years might have changed you and how you can work with that to rebuild a happy relationship with Brad.

You say that you were a “fun-loving, happy homemaker” before the surgery, but then you became a “warrior” while recovering from the surgery. And now you actually like your more assertive self. It sounds like pre-surgery you were probably acting like a primary Earth personality (happy homemaker) with a secondary Fire personality (fun-loving). However, post-surgery, you’re clearly acting like a primary Wood personality (warrior and assertive are both excellent ways to describe the primary Wood personality). So how could you have changed so much?

So, when you found yourself in a situation that was taking you down, it would be natural for you to tap into the Wood element and use its motive power to help you get through a tough time. If it took years to get back to where you wanted, your newfound Wood energy could easily have impacted your “usual” energy array, especially if your warrior status created excessive Wood energy, which seems likely given your comment about being angry and frustrated (both signs of excess Wood).

If that’s the case, constant excess Wood energy would definitely have changed you. By pooling the energy in Wood, little would flow to feed your Fire (Wood feeds Fire via the Nurturing Cycle, the big circle in the model below), thereby decreasing it. Excessive Wood energy could also have affected your Earth by over-controlling it (Wood controls Earth via the Controlling Cycle, the big star in the model). In short order, too much Wood would have changed you from an Earth/Fire personality to someone totally different. And while I’m sure everyone around you was supportive during the crisis time, including Brad, it now appears he’s not all that excited about the “new” you long term. 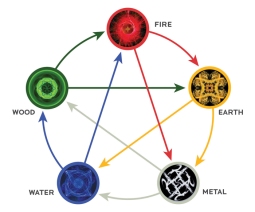 If Brad’s response to the changes in you have been to become “uncharacteristically opinionated and cruel,” that suggests that his primary elemental personality is Metal. In general, Metal people are often the kindest people on Earth. They are rational and logical, too. But if stressed, they absolutely can become opinionated and cruel. They will also pull away, which might be part of the reason Brad now works longer hours than usual. And while things are difficult for you now, there are some fairly quick and easy ways to help you two get your relationship back on track. And of course, we’re going to use the Five Elements model to help that happen.

For almost 35 years, Brad has been married to an Earth/Fire personality. That’s a perfect combination for many Metal people because it feeds them (Earth relates to Metal on the Nurturing Cycle) and helps make sure they don’t get too structured (Fire relates to Metal on the Controlling Cycle). And if things were great for you up until five years ago, it seems this was a combination that worked well for Brad. Your primary Earth personality really would have been a happy homemaker, plugged in mother, and loving spouse because these things matter to Earth people. Your secondary Fire personality would have kept things fun at home and possibly even flirtatious with Brad.

However, if you’re acting more like a Wood personality than Earth or Fire these days, that’s a big change for Brad and how you two relate. You will still have a Controlling Cycle relationship with Brad, but this time it’s his Metal controlling your newfound Wood energy. That means he will feel like it’s somehow his job to make sure you don’t get too Woody (angry, frustrated, aggressive, allowing the ends to justify the means, all things that manifest with an excess of Wood energy). And at a Five Elements level, it is his job; that’s what the Controlling Cycle is all about. In truth, before your troubles started, the Fire part of your personality probably felt that way toward Brad. If he was manifesting too much Metal energy (too structured, too controlling, really dismissive, etc.), it is likely that your Fire energy automatically stepped in to reduce his Metal energy, but probably in a soft and loving way due to your primary Earth personality.

These days, unless Brad has a secondary Earth personality (which seems unlikely), his intervention as a Metal person probably doesn’t feel very warm and fuzzy to your newfound Wood personality. In fact, it probably feels cruel; Metal pruning Wood can and does hurt. But here’s the thing: Metal people are wired to control Wood energy. And in a head-to-head contest between Metal and Wood energy, Metal will win every time because it’s supposed to win. In the Five Elements model, the controlling dynamic is crucial for keeping the whole cycle balanced. But at a relationship level, too many contests between Metal and Wood, and both will leave the relationship. Yet it needn’t come to that.

I suggest that you begin by reminding yourself of how well the first 35 years of your marriage went and how much you still love Brad. Holding this perspective will really help. Next, ask yourself what it is about expressing your Wood energy that you like. Are you happier speaking up more often than you might have before? Do you like the sense of individual accomplishment that being more “Woody” has given you? These are important for all of us and it’s possible that, as a primary Earth personality, you were so focused on meeting the needs of your family on a daily basis that you didn’t meet your own needs very well. With your children out on their own now, you should have the time to do more for yourself and still interact with Brad in a way that honors the relationship you originally had.

To reconnect with Brad, you need to reintroduce some of your Earth and Fire energies back into the picture, and the key way of doing this will be with your Fire. More of your own Fire energy will build your Earth energy (Fire feeds Earth via the big circle in the model) and deplete some of your excess Wood energy by using it for fuel (Wood feeds Fire in the model). More of your own Fire energy will also soften Brad’s overly Metal approach to you right now, and that will make your Wood energy feel less challenged, allowing it to back down (out of balance Wood people can become very competitive).

To build your Fire, wear red (Fire’s color), eat whatever spicy foods you enjoy (this builds Fire), wear a garnet crystal next to your skin, and use rosemary essential oils. Most importantly, make a list of everything that brings you joy because it’s really the joy aspect of your Fire personality that you want to rekindle. But you want this to be about you and Brad, so bring him into the picture, too. Start planning fun activities with him that can still be done during the pandemic. Outdoor dining is available many places, and during the summer (Fire’s season, so that should help, too), bike rides, hiking, and other fun outdoor activities can also be done safely.

And don’t forget the romance! While you can’t go out to the movies these days, there are a myriad of shows streaming on TV now. Create a romantic at home date night. And remember the flirting (to the degree you are comfortable, of course). Fire people are usually great at flirting and Metal people love the attention.

These are definitely difficult times in so many ways, but the stability of a good relationship makes every aspect of life easier to manage. I truly believe that if you can bring back some of the joy, excitement, and fun that is natural for the Fire part of your personality, you and Brad will be able to re-establish the harmoniously balanced relationship you previously had. And remember, by using your Fire energy to keep your Wood energy in balance, you’ll be able to enjoy the increased sense of self an emphasis on the Wood part of your personality gives you without Brad’s Metal feeling a need to cut it down. Blessings to you! Stay safe and well. 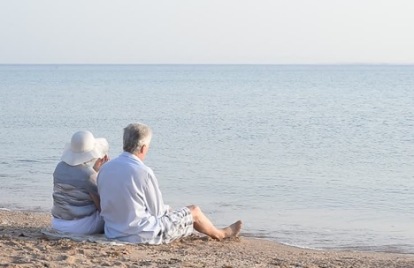 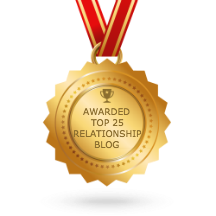 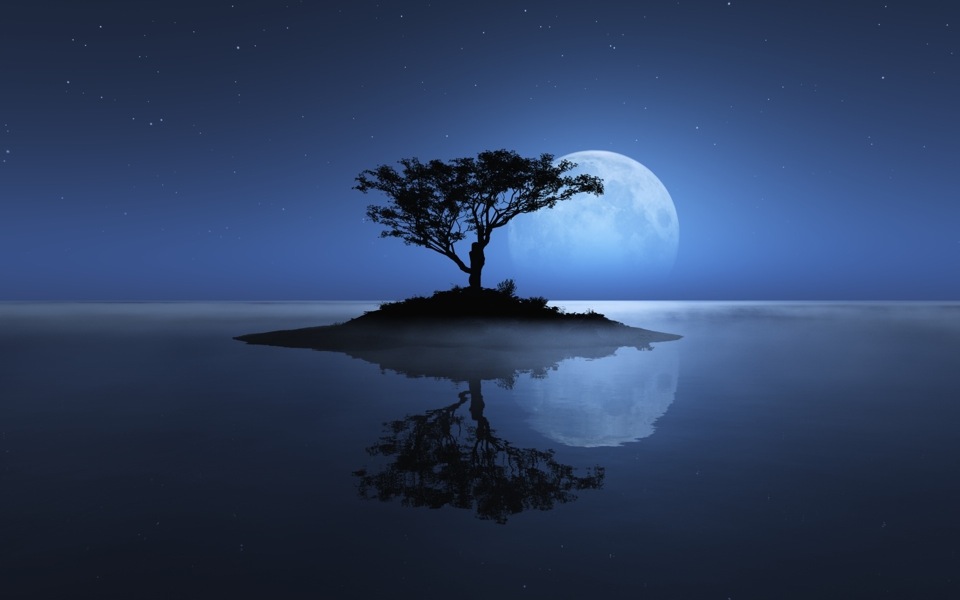